A close call: Why the jury is still out on mobile phones

Is a rise in brain tumours linked to the radiation sources we hold so close to our heads? Experts can’t agree on the answer
Latest in News 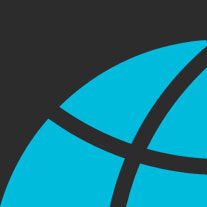 Always read the small print: Official advice
Research is split on whether mobile phones pose a health hazard or not. Buried in the small print, companies already issue precautionary advice.

BlackBerry
BlackBerry’s booklet states: “Use hands-free operation if available and keep the BlackBerry device at least 0.98in (25mm) from your body (including the abdomen of pregnant women and the lower abdomen of teenagers) when the BlackBerry is turned on and connected to the wireless network… reduce the amount of time spent on calls.”

iPhone
The iPhone4 guide says: “…when using the iPhone near your body for voice calls or wireless data transmission over a cellular network, keep it at least 5/8inch (15mm) away from the body, and only use carrying cases, belt clips or holders that do not have metal parts and that maintain at least 5/8inch (15mm) separation between iPhone and the body.”

UK Department of Health
A spokeswoman says: “As a precaution children should only use mobile phones for essential purposes and keep all calls short. We keep all scientific evidence under review.”

John Walsh: I never used to worry that mobiles could damage your health. I worry now
Disconnect (2012) – Official Trailer [HD]